A young apprentice, tired of having to carry pails of water, enchants a broom to complete the task for him. An ingenious solution, until the apprentice realises his new tool is out of control. Soon enough, the broom has multiplied exponentially. Now, the brooms carry so much water that the room begins to flood. Disaster is averted at the last minute. But, the apprentice could never have imagined how an ingenious solution could have span so wildly out of control…

This is the story from Johan Wolfgang van Goethe’s poem The Sorcerer’s Apprentice*. But, it’s also an apt analogy for the story of knowledge organisers.

*obviously I only knew this from Disney’s Fantasia

The first reference to knowledge organisers that I ever came across was a 2015 blog by Joe Kirby. In it, he described how they were a cornerstone of the knowledge curriculum developed at Michaela Community School.

Kirby describes how they have a very specific design, purpose and use. They specify in detail the knowledge students need to learn for a topic, providing clarity for both students and teachers.

As is clear from the example that I’ve taken from Joe’s blog, they’re designed to support self-quizzing. This is a method of helping students to retain knowledge by using the testing effect to embed knowledge in long-term memory.

Students can then use an exercise book or a piece of paper to cover up answers. Then, they can go through and self-quiz.

The beauty in the knowledge organiser was that they are a time saver for the teacher. They can be used year on year, cutting down the time teachers spend planning. In addition, they can be used for homework. Instead of having to set, collect in, mark and record homework, teachers can just set self-quizzing. In addition, they provide a ready made task for students to do in cover lessons and during detentions.

This blog was then turned into a chapter for Michaela’s first book The Battle Hymn of The Tiger Teachers.

I was instantly sold by the knowledge organiser. Their design made sense to me. I was a vocal proponent of knowledge-based curricula. And, it was a tangible intervention that I could use in my classroom.

In addition, I read the Tiger Teachers book and instantly became a dogmatic convert to everything Michaela said it was doing. They had great results, were in the papers and were all over the blogosphere. Knowledge organisers were a little piece of Michaela that I could take and apply in my context in South Shields.

In fact, I was so convinced by them that, in my second year of teaching, I wrote Knowledge organisers for all of KS3 geography at my school. And then, all the teachers in my department were directed to use them for homework.

Now, I wasn’t the only person to be taken by the knowledge organiser revolution. Across twitter, that was an explosion of production. Teachers from different stages and subjects were sharing them. Self-quizzing was the new homework of choice for proponents of the trad way of life.

Yet, cracks began to form in this revolution. Soon enough, SLT’s, HOD’s and keen NQT’s (me), began to mandate the use and production of knowledge organisers. Across the country, there are teachers who have never heard of Joe, read his blog or seen the Tiger Teacher’s book that were being asked to use them. 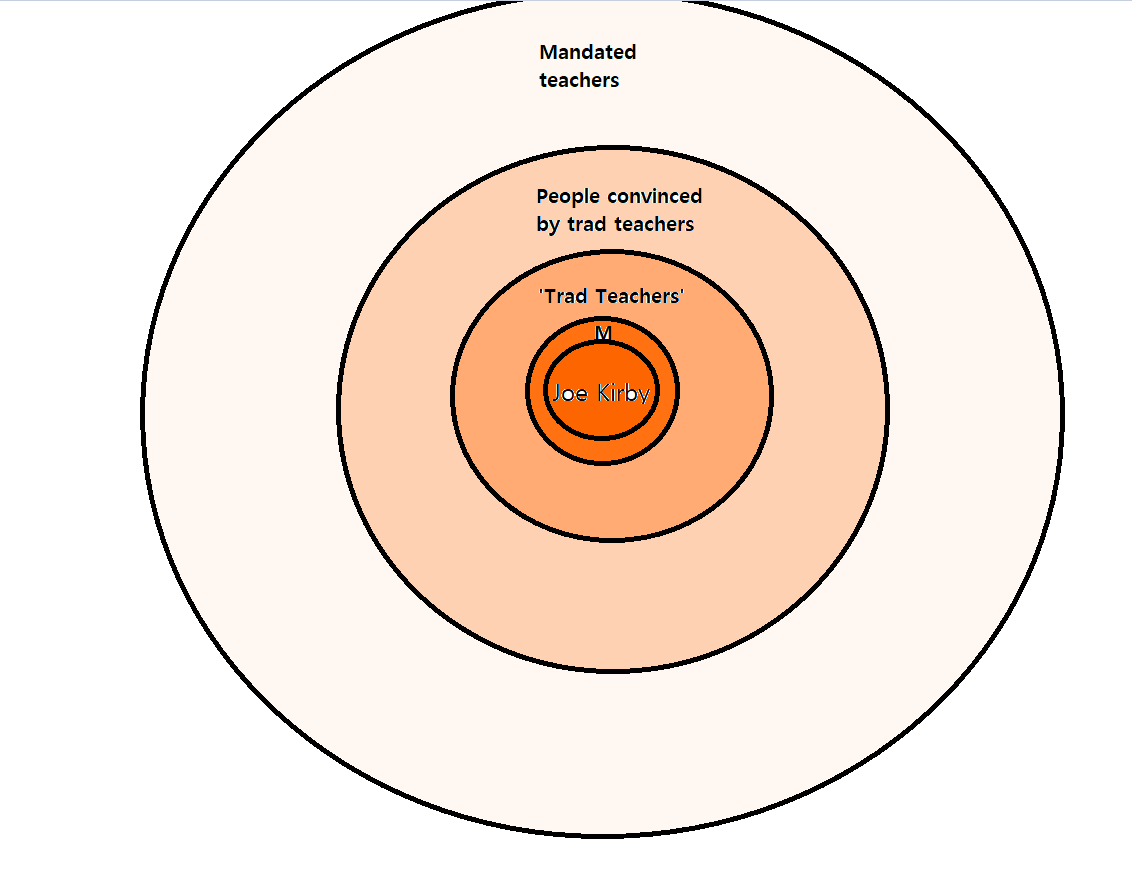 Herein lies the problem. And, again, this is true of me as anyone else. We reached for a silver bullet. We heard the stories of Michaela’s success. We saw the low-hanging fruit of knowledge organisers. We believed that all we had to do was produce them. That students needed to learn self-quizzing. And that we needed to convince other staff to use them. And then, we’d be on our way to delivering a knowledge curriculum.

In my context, knowledge organisers failed. We made them and we handed them out. We instructed students to use them. But, we didn’t have the same school approach to self-quizzing. Students didn’t hand in homework weekly. And, by the time they came across a knowledge organiser, they just blindly copied answers across without doing any self-quizzing. 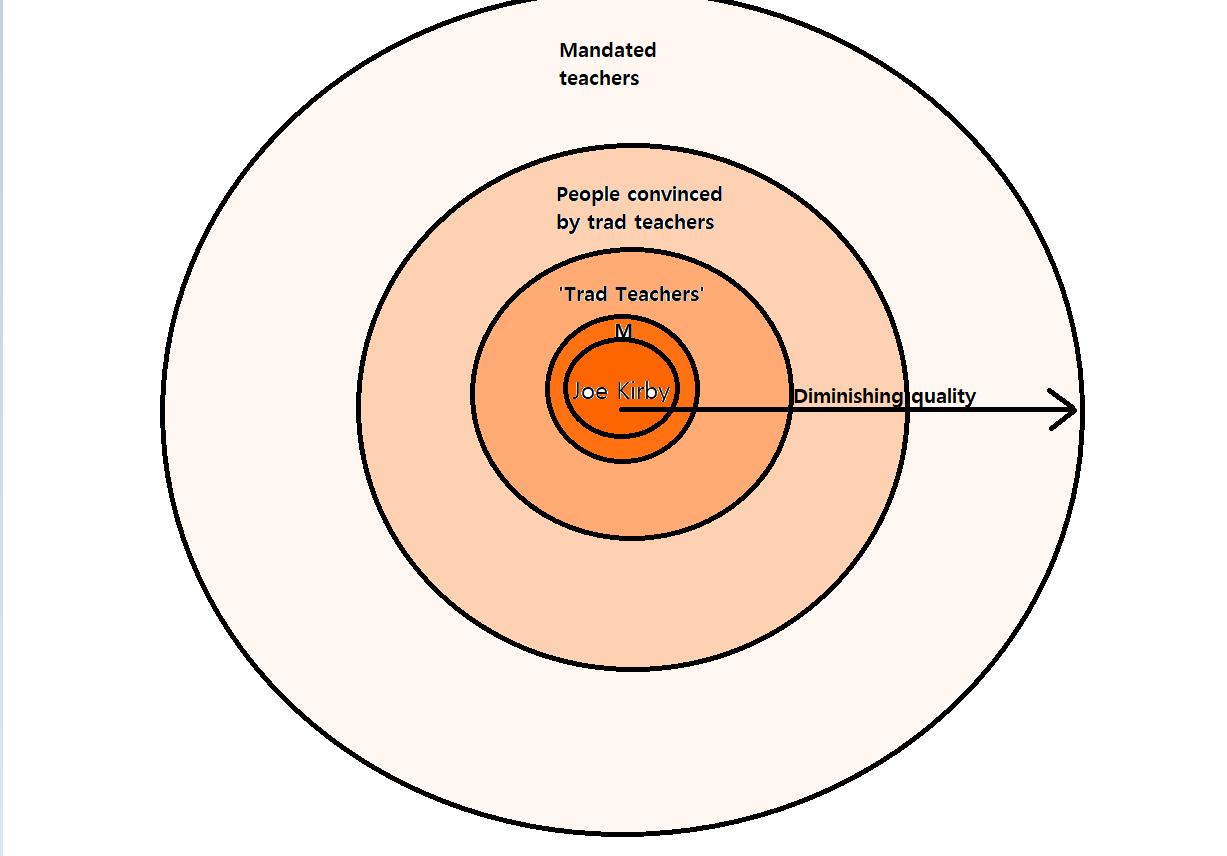 By my third year, they were silently dropped. Probably, never to be seen again. I wouldn’t be surprised if this was the case in many schools. Instead, schools move on to the next silver bullet and knowledge organisers remain a buzzword, popular amongst some, but shunned by many.

I feel that this story is repeated across the country. Where poor quality versions of knowledge organisers are given to students with no idea how to self-quiz. The subsequent failure will then see them replaced by a new intervention. The knowledge organiser now is, in many cases, very different to how they were first designed.

So far, I’ve tried to show how the idea of knowledge organisers grew into something that their initial designers could never have imagined. And, that this explosion has led to a collapse in quality and likely decline in use.

In this next section, I want to argue that there are some flaws to the idea of knowledge organisers as they were initially conceived.

Knowledge organisers seem more useful in subjects that are full of facts. For example, the humanities or English. In these subjects, students need to learn dates, characters, plots, causes, consequences and step-by-step processes.

For a teacher, I think this is where knowledge organisers are most useful. They help specify the exact knowledge that teachers should judge themselves against when teaching a lesson. They’re also a god send in planning.

However, I’m not convinced that knowledge organisers are a useful tool for students.

First, they assume that memory is linear. That long-term memory is dominated by lists. But, this doesn’t seem to be the case. Oliver Cavigoli has shared some wonderful research into embodied cognition which argued that memory is spatial. And so, a simple list of facts isn’t an optimal way of presenting knowledge to students.

This is backed up by the work of Siegfried Engelmann. In the Theory of Instruction, he points out, then when we’re learning a body of facts we must “convey the individual facts and relationships”.

Cavigoli and Engelmann converge when they argue for the importance of visuo-spatial displays.

For example, take this example from Cavigoli. 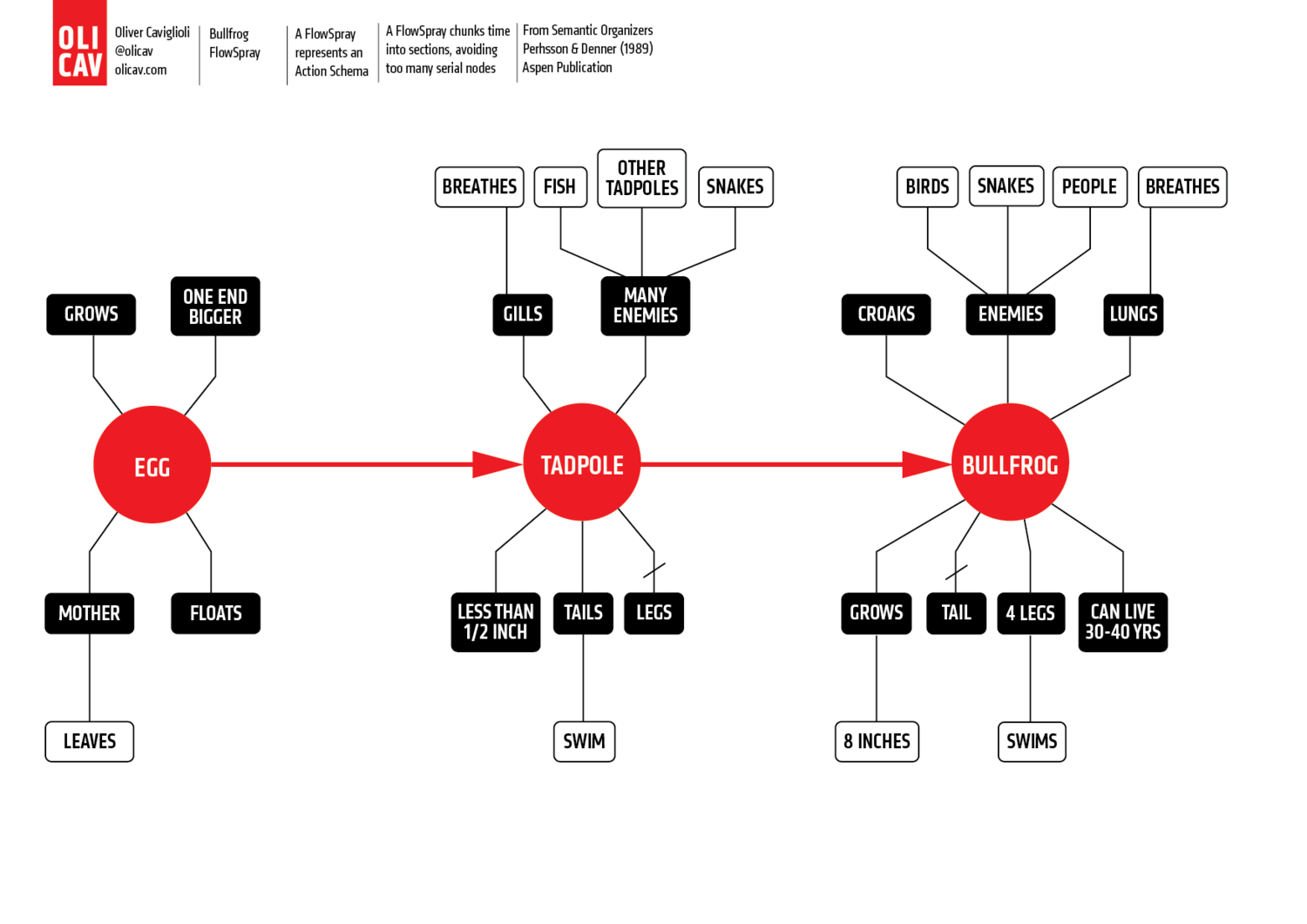 Again, this converges with Engelmann who argues that we learn facts through association.

For example, instead of just giving students a list of different types of teeth to learn, students need an ordered display of associations. In this display, each fact gives meaning to another.

These types of visual-spatial displays can then be used in instruction. And then, they act as mnemonics for students. When students are asked to recall important facts about “teeth” they have a spatial display to navigate, aiding recall. This is a superior model to a list, where students don’t have a clear model for joining facts together. 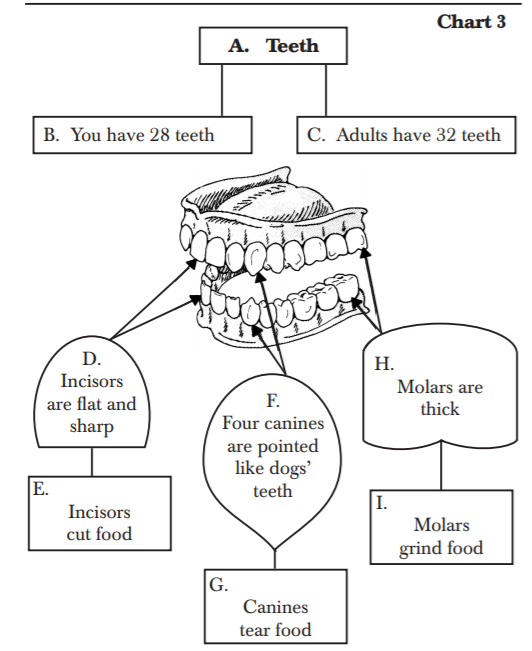 Visual-spatial displays like this help to scaffold the thinking processes of experts for novices. They reduce cognitive load in instruction. In addition, they make it easier for students to recall information in the future.

In my opinion, one of the reasons knowledge organisers fail is because the facts within them have little to no meaning for students. A well designed visual-spatial display would be a better resource for students.

Granted, visual-spatial displays are less useful for self-quizzing. There are ways around this problem… best saved for a different blog.

Knowledge organisers are still a good idea. Having a clear list of facts that students need to learn is important for teachers and far better than not having them.

However, I don’t believe that they are the optimal for students who need to learn the facts and relationships that make up the complex knowledge that they’ll learn at school.

Their invention was the magic broom to the sorcerer. There are a whole host of reasons why they seem like a great intervention. However, fundamentally, they’re flawed. And, since they’ve taken on a life of their own those flaws have come together to create new challenges.

View all posts by samhall1994